The permanent exhibition comprises the sections India (including ancient Afghanistan), Sri Lanka, continental Southeast Asia and Java/ Indonesia as well as Nepal and Tibet. Its collections are among the topmost in European museums. Religious art objects from ancient times till the recent past enable our visitors to overview the 2500 years of development and changes of the Hindu and Buddhist believes and rituals against their cultural/historic backgrounds in India and the neighbouring Asian countries. Also on display are topics like "Art and religion of the Jainas" (India) and "Cham"(Vietnam).

The Himalaya section presents a selection of exceptional objects pertaining to Tibetan Buddhism, showing that its influence far exceeded the borders of Tibet itself, with Bhutan, Nepal, Mongolia, as well as some regions of Northern India and China significantly affected.

Precious sculptures from the collections of the Linden-Museum and brightly coloured Thangka paintings, depicting Buddhas, Bodhisattvas, as well as tutelary deities, provide for an impressive glimpse into the pantheon of Tibetan Buddhism. Alongside the visual arts, the performing arts will also be addressed by this exhibition. Instruments from Tibet and Bhutan will be featured. Costumes and masks used for the ritual cham dance, in which Buddhist monks personify gods and other figures from Tibetan mythology, round out the overview of the arts in the context of the Buddhist temple. A central element of this exhibtion is a reconstruction of the interior of a Tibetan temple. 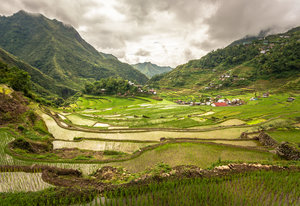 Virtual Exhibition: Ritual spirituality in the Philippine Cordilleras
The Cordilleran Collection of the Linden-Museum Stuttgart

This virtual exhibition of the Linden-Museum’s Philippine Cordilleran collections is the result of a three month residency of Prof. Dr. Leah Enkiwe Abayao at the Linden-Museum. Herself a member of the Ifugao people and having grown up in a traditional Cordilleran village, she currently serves as a director of the Cordillera Studies Center at the University of the Philippines at Baguio.