YOU ARE HERE: | Press | LindenLAB

Since autumn 2019, the Linden Museum Stuttgart has been testing and developing new forms of museum knowledge production, participation and presentation in the experimental space LindenLAB. The project is funded within the framework of the Initiative for Ethnological Collections of the German Federal Cultural Foundation.

The Linden Museum, like many ethnological museums, is undergoing change. In an increasingly diverse society, the social role and relevance of ethnological museums is being renegotiated. Based on the idea of the laboratory, the LindenLAB opens up the possibility of experimentally develop the basis for a new orientation.

Selected collections and objects help to address different aspects of social inequality and the effects of (post-)colonial structures in the museum. A total of eight LABs are planned. Some of the LABs work on questions using a regional example, others focus on the work behind the scenes. All LABs deal with overarching themes: practices of ethnographic collecting, colonial structures and their aftermath in the present, the distribution of authority for interpretation in museums, and the role of ethnological museums today. For this purpose, participatory formats are combined with research on the origin of the collections in order to reveal and reflect on their entanglements. In this way, an innovative and experimental space is created in the museum, which enables an intensive exchange with actors - representatives of the source communities, members of the diverse urban society of Stuttgart, scientists, artists and designers.

Together existing structures are questioned from within and multivoiced presentations are created. This experimental and procedural approach also means that any conclusions reached can change over the course of the project, as what is learned and experienced is taken up again and again and developed further. Process and results are presented in the LAB and will also be documented on the project blog at www.lindenlab.de. Ultimately, the results will also be incorporated into new permanent exhibitions. They form the basis for the new museum concept in a future new building.


The following LABs are currently on display:

LindenLAB 1: Museums and indigenous societies
New forms of working together
since 27 February 2020

Indigenous groups were often marginalized by precolonial empires, colonial powers and postcolonial nation states. Threatened by poverty and war, they often had to sell their cultural property. What can museums as keepers of collections of indigenous heritage contribute to the empowerment of indigenous communities today? Together with representatives of indigenous cultural initiatives from Myanmar’s Karenni region, LindenLAB 1 experimented with new forms of sharing knowledge and resources and of working together.

A first part of the LAB took place in the Karenni region in Myanmar in March and April 2019, where the project was developed by the curator Georg Noack in dialogue with representatives of indigenous cultural organizations, and joint workshops were held. For the second part, the indigenous partners spent four weeks at the Linden Museum in November 2019. During this time they had the opportunity to get to know the collections and to study the museum‘s approaches to curating and exhibition design, conservation of valuable objects, and cultural mediation. They gained new insights and inspirations for their own cultural work that the Linden Museum will continue to support as advisors.

How do we trace the origin of objects? How did they get into the museum? Who gave them to the museum? In what context were they collected? Have they been bought, given, exchanged or possibly robbed? What are the consequences for museums and scientists working with the objects today?

The installation at LindenLAB 2 invites visitors to playfully reconstruct the working methods of provenance researchers on the basis of a real research assignment. Visitors gain insight into the working methods and sources used and can discover the story behind it for themselves.

For the LindenLAB 2, the collection of Karl Holz (1857 - 1934) was intensively examined. Holz was a merchant who probably emigrated to Chile in the early 1880s. From then on he called himself Carlos Holz and supplied Karl Graf von Linden with many objects, especially from the Mapuche. What is the story behind his collection? What obstacles, twists and turns and historical events are involved?


LindenLAB 4: Entangled: Stuttgart – Afghanistan
Relationships in the past and present
since 30 March 2021

There are thousands of objects, photos, and documents from Afghanistan in the Linden Museum. Their exciting and sometimes problematic stories tell us a lot about personal experiences and memories, but also about political and economic circumstances and interdependencies. They embody highly ambivalent facets of German-Afghan relations in the past and present.

A working group of interested people from Stuttgart and the surrounding area, with and without reference to Afghanistan, has focused on the photographs of the Stuttgart Badakhshan expedition (1962/63).

LindenLAB 5 deals with the relationships between people, objects and the institution museum. How are these relationships formed and how can they be changed? Especially the topic of language is essential for a museum and the transfer of knowledge. Exhibition texts, event calendars and press releases are media that speak to and with visitors.

The museum reflects on its position in relation to non-discriminatory, gender-sensitive and accessible language and faces the question of change: How can we change our everyday spoken language? What structures must be broken down to achieve this? Which images do we use and which not?

LAB 3: Historical collections, contexts, and connections
Focus: Oceania
(Note: Due to the pandemic, this LAB had to be postponed.)

LAB 6: New forms of "heritage" in museums: what do we bring into the future?
Focus: Cameroon, Bertram Collection


Other activities of the LindenLAB:

"What does the Linden Museum mean to you?"
Visitor survey, March to July 2021 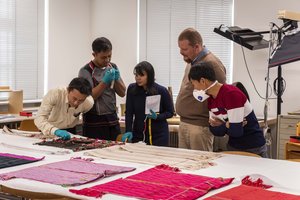 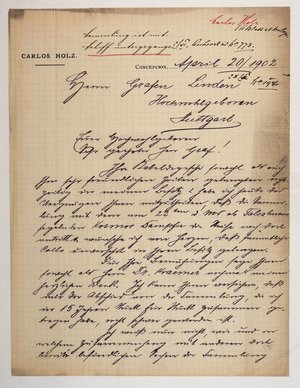 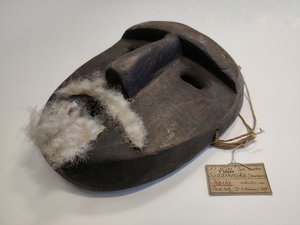 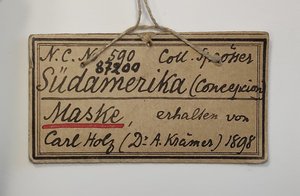 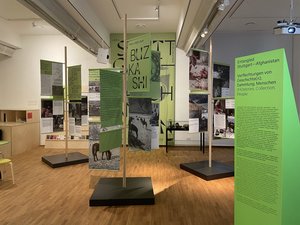 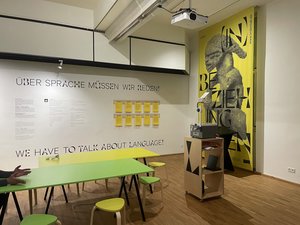