YOU ARE HERE: | Press | Difficult Heritage

Linden-Museum und Wuerttemberg in the colonial period
A workshop exhibition

The focus is not so much on the effects of colonialism in the German colonies, but rather on how it manifested itself in the Linden-Museum and in Württemberg and continues to have an effect to this day. In this way, the museum takes responsibility for its own history and critically reflects on its colonial roots.

The exhibition shows the museum's colonial connections between 1882, the year of the founding of the Württemberg Association for Commercial Geography as the museum's sponsor, and around 1940, and includes effects up to the present day. Karl Graf von Linden played an important role. He was chairman of the supporting association and shaped the museum during the colonial period. Accordingly, the museum was named after him in 1911. In addition, other personalities are presented who are part of stories that took place between the museum, Württemberg and the colonies.

We also ask about those about whom we know little due to the colonial conditions, but who nevertheless played a decisive role in building up the collections. In a further step, the colonialist association system is examined, which also includes the supporting association. Associations shaped social life and served as multipliers of colonial ideologies. Events such as colonial conferences, exhibitions and so-called "Völkerschauen" or objects of everyday culture show how deeply rooted colonialism was, even in Stuttgart. The question is raised as to what continuities still exist today.

Another thematic focus deals with violence and highlights the so-called "Boxer War" in China (1900/01) as an example. Hundreds of Württemberg soldiers voluntarily went to this war, from which the Linden-Museum owns looted objects. Württembergers who took part in colonial expeditions and wars were honoured with commemorative plaques and monuments, some of which still exist today. How should this be dealt with?

Provenance research in the museum is incorporated into the exhibition. In addition, the Linden-Museum has commissioned a special study on Württemberg and colonialism. To look at the history of the state in the context of colonialism and to work out the many cross-connections between institutions, persons and events is a new approach. Even if some questions have been dealt with earlier, scientific research and debate is only just beginning on many issues. Critical distance and multiperspectivity are central to this, so that colonial history is not recounted one-sidedly or even nostalgically from the perspective of Württemberg actors.

The fact that the debate is in a state of great flux is also evident in the exhibition. Based on the idea of the workshop, visitors are invited to answer questions, record their own thoughts or criticism and contribute or question their knowledge. The visitors can take up different points of view and perspectives. Empty spaces and connecting lines are revealed and the contents are put up for discussion. 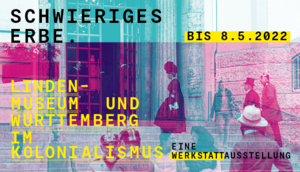 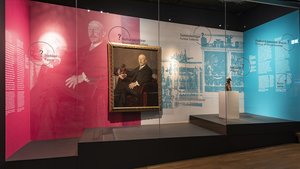 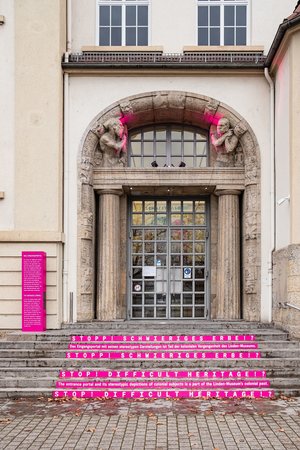 Even the Linden-Museum’s entrance portal can be classified as part of its difficult heritage. It was manufactured by Gustav Adolf Bredow in 1911 for the new museum building. The stereotypical representation of the figures can be seen as problematic. How should we engage and interact with the listed entrance portal today? 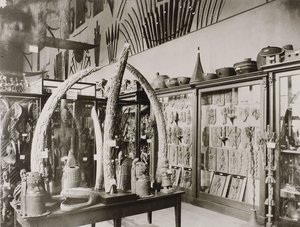 Up until the opening of the new building in 1911, the Museum was accommodated in the Stuttgart’s commercial hall ("Gewerbehalle"). The space there was significantly cramped, and was filled from floor to ceiling. In 1897, the Museum had 312 m² of exhibition space for around 6,900 objects. Also noticeable in this photo are the numerous object signs that Graf von Linden placed great importance on. 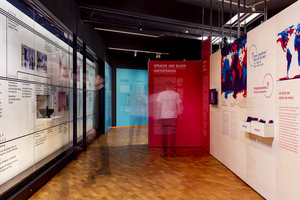 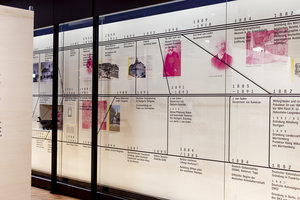 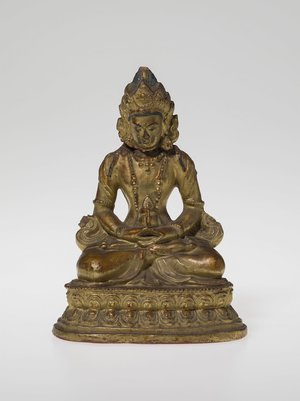 According to Werther’s statements, the Buddha figurine was made in Tibet and was housed in the “Temple of 10,000 Buddhas in the Imperial City”, when he plundered it. It is possible that he was referring to the Yonghe Temple, popularly known as the Lama Temple. Further information as well as the whereabouts of the remaining temple objects is not available. 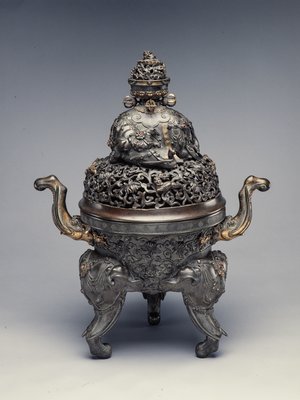 Peace negotiations followed the end of the war, ending ultimately in 1901 with the so-called “Boxer Protocol”. This agreement included a clause that stipulated that a Chinese atonement delegation was to travel to Berlin, and before the Kaiser, apologize for the murder of the German ambassador. Prince Chun was tasked with leading this humiliating assignment. The delegation brought precious gifts that were taken from imperial holdings. As Kaiser Wilhelm II declined to accept the gifts personally, they were allocated to various museums. Three of these objects made their way to Württemberg in 1902. In 1933 the Linden-Museum received these items via the Royal Württemberg Central Department for Trade and the Landesgewerbemuseum. 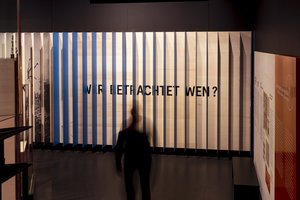 Who is looking at whom?
Photo: J. Kaiss | Download 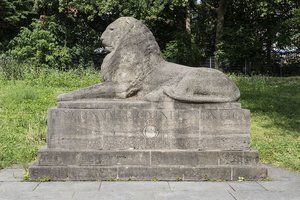 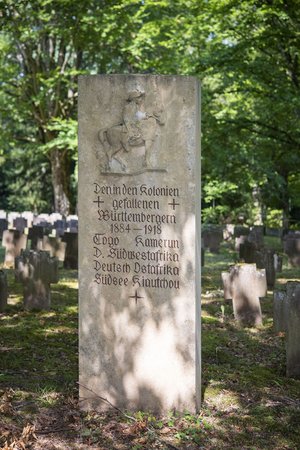 Monument to the Württemberger who died in the Colonies, Waldfriedhof Stuttgart

An area honouring fallen soldiers composed of a combination of monuments and graves can be visited in the forest cemetery in Stuttgart-Degerloch. This colonial memorial stone can be found within this complex. During its inauguration, colonies were insisted upon and the future was faced with these words: “With God for German honour, at home and across the sea.” 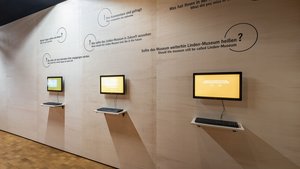